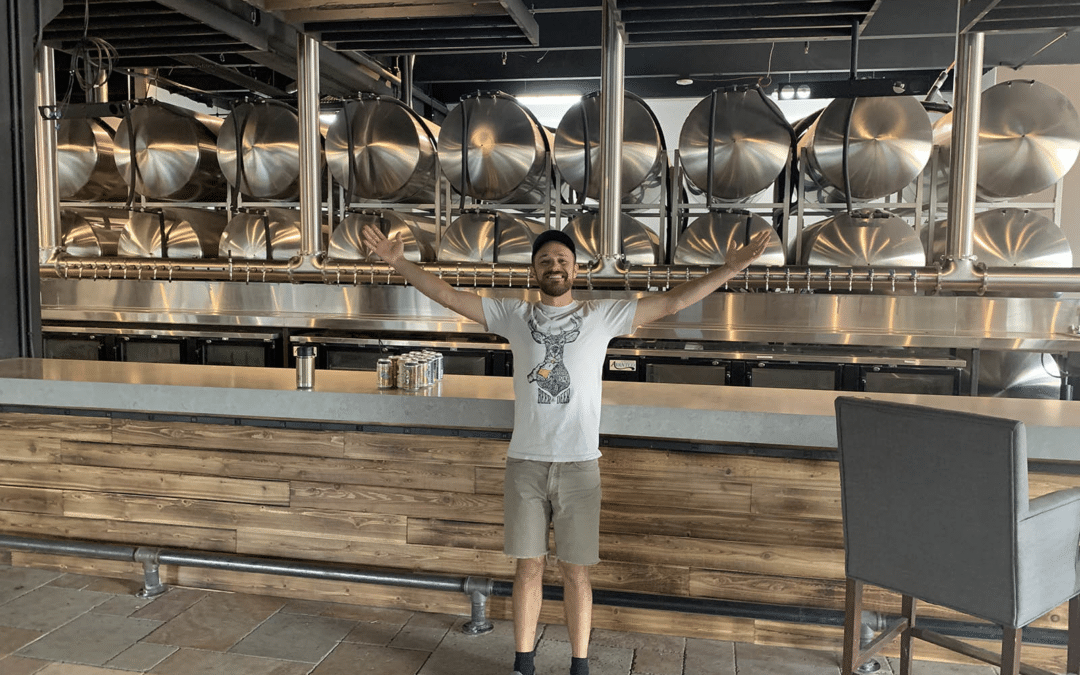 MILWAUKEE, WISCONSIN – Walker’s Point based MobCraft Beer is raising up to $2.25 million dollars in a Wefunder equity crowdfunding campaign and expanding to open three new taprooms in the next three years, with plans to open more in the future.  The initial sites identified for expansion include the Curtis Park neighborhood of Denver, Colorado; a location on the Fox River in Waterford, Wisconsin; and a location on the historic town square in Woodstock, Illinois.

MobCraft’s founder, Henry Schwartz, reflects, “The COVID pandemic really made us dig into our business and explore the direction we wanted to expand in the future. Pilot breweries in communities that vibe with our crowdsourced mentality are what we want to build and customers who appreciate the variety of beers we brew are who we want to serve.”

MobCraft has crowdsourced its craft beer recipes since 2013, and will continue to crowdsource in a different capacity to raise capital for expansion. Director of Operations, Kayla Thomas, explains MobCraft’s desire to expand: “We are beyond excited for our future expansions,” states Director of Operations, Kayla Thomas “Bringing our unique crowdsourced model and great beers to new U.S. locations allows us to build new relationships and invest in communities while cultivating a culture for beer.”

The fundraising campaign will be a Regulation CF round which can be viewed at wefunder.com/mobcraft.beer.

The Denver taproom is the first of the three expected to open in the winter of 2021.  The Denver facility is located at 2403 Champa Street in the neighborhood of Curtis Park, part of the greater  Five Points neighborhood.  The project is a joint venue with MobCraft Beer and Pueblo based Dee Tacko. The Location will focus on tacos, taps and tequila.

MobCraft Dee Tacko will occupy the 12,000 square foot building that was formerly home to Liberati Brewing.  MobCraft will manage brewing and front of house operations with Dee Tacko managing the kitchen and back of house operations.  The draft list will include collaboration brews with Denver area brewery friends, non-profits, local artists, the Curtis Park Neighborhood Association, and a margarita inspired collaboration between MobCraft and Dee Tacko. The taproom bar will have over 25 draft lines, a full bar with wine and liquor, a high end sipping tequila menu and a one of a kind fermented beverage called Agave Fizz.   MobCraft Dee Tacko will include  two guest areas: one for traditional sit-down dining and one with a more casual taproom vibe with high tops, lounge furniture and games. The interior will feature murals painted by local artists with barrel furniture and fixtures built by local wood and craftworkers. The property also features a 5,000 square foot patio with lounge and dining seating, bocce courts, fire pits, plus a parking lot with 30 spaces for customer parking.

Following Denver, MobCraft Waterford is expected to open in the spring of 2022.  The brewery and restaurant will be situated along the banks of the Fox River in a building that once served as a firehouse.  Once renovations are complete, the space will boast river views from both the indoor and outdoor bar, a spacious patio with seating and lounge areas, and private event space. MobCraft will expand its menu under the direction of head chef Abby Kazal-Thresher.  Waterford based Rick Beck is an investor and will assist in tieing Mobcraft to the historical roots of his family brewery, Beck Brewery, which operated in Waterford in the 1800s.  Chicago based Geoff Beck is also a key investor in the project.

Finally, in the spring of 2023, MobCraft Woodstock is slated to open.  MobCraft Woodstock will be located on the square in the historic sheriffs’ house.  Original features of the space such as jail cells will be partially maintained and utilized for booth seating to offer historic character.  The two story facility will have bars on each floor as well as a 1,000 square foot patio.

MobCraft Beer was founded in 2013 by Henry Schwartz and Andrew Gierczak.  It is the world’s first crowdsourced brewery.  MobCraft’s Milwaukee taproom is located at 505 S. 5th Street in the Walker’s Point neighborhood. Throughout the year the crowd submits and votes on beer ideas. At the end of each vote, the winning beer is brewed and available for all to enjoy. These crowdsourced beers are served in the taproom with MobCraft flagships, beers from their Wild & Sour Program, and more.

Looking for high resolution images? You can download them here!