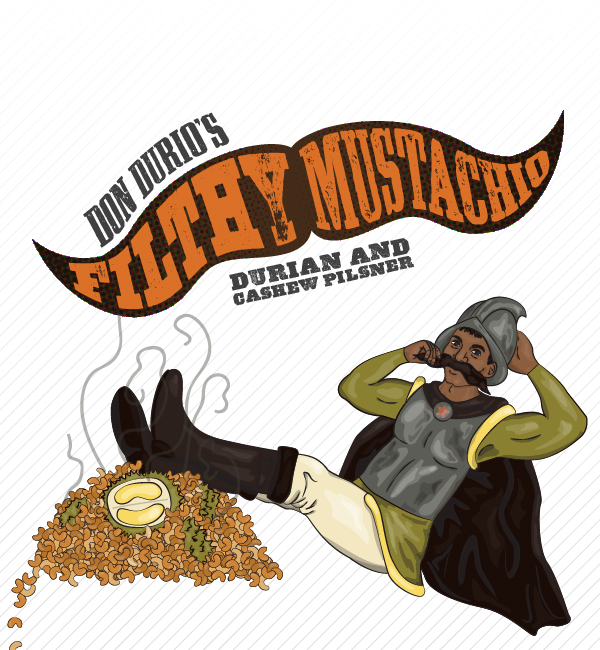 (MADISON, WI.)—Known as the “King of Fruits”, the durian is a southeast asian fruit with  a rich custard like texture and a pungent aroma often

described as onions or rotting meat. MobCraft head brewer Andrew Gierczak has developed a recipe to incorporate Durian and Cashews into a Pilsner which will be released in Madison on January 22nd.

MobCraft Beer is a crowdsourced brewery brewing monthly batches of beer submitted and voted upon by craft beer fans around the US. Don Durio’s Filthy Mustachio was submitted by Nick Lombardino of Madison, WI. The beer is available for preorder at www.mobcraftbeer.com/recipes/don-durios-filthy-mustachio for pickup or to be shipped through the Craft Beer Temple.