MILWAUKEE, WISCONSIN– WOODSTOCK, ILLINOIS – MobCraft Beer of Milwaukee and the city of Woodstock, Illinois have partnered to bring a MobCraft Beer Brewery and Taproom to the sheriff’s house portion of the historic courthouse complex in Woodstock’s town square.  Construction is slated to begin as early as this winter with an anticipated opening in early to mid 2023. Once renovations are complete, the location will feature a three and a half barrel brewhouse, basement and first floor bar, 1000 square foot outdoor patio, and seating within the original jail cells. 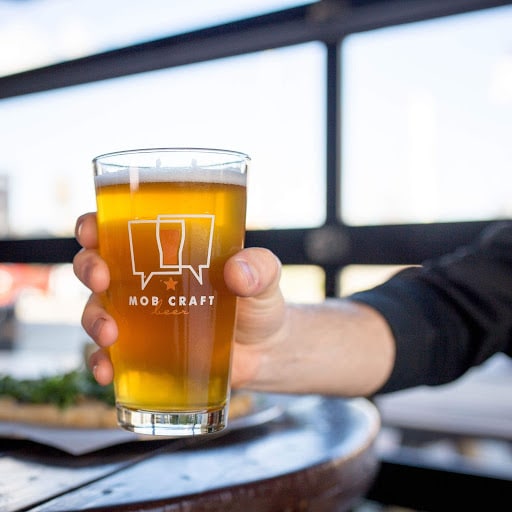 The local partnerships don’t stop with the menu.  MobCraft is planning on a handful of collaborations with local chocolatier, Ethereal Confections.  The brewery hopes to brew both a chocolate stout using their cacao nibs and to brew beers to that taste like some of the chocolatier’s well known Inclusion Bars.  Schwartz is equally as excited to lean into the city’s reputation as the location of the film Groundhog Day.  A limited release version of MobCraft’s Padishah Imperial Stout aged in Sweet Vermouth barrels will be released on Groundhog Day.

In mid-2021 MobCraft was connected to The Public House and learned of the renovation plans after selling kegs of crowdsourced beer. Jimmy Geallis, the submitter of two MobCraft winning recipes Limonatta Love, and Boston Cream Dream wanted his beer sold at his Cousins bar The Public House. After garnering great feedback on the beers, MobCraft Founder and Public House Owners Briand and Kathryn Loprino began visualizing what ch-enhabiting the complex would look like.  When asked about his excitement for the project  Geallis said, “ It is so exciting to see Public House and MobCraft moving forward because they are great like-minded individuals, one is family the other is like being a part of their family!  The crowdsourced contests are all about the community, it is the backbone of innovation it keeps everyone including local businesses engaged, not just a brewery brewing beer, but a brewery brewing beer for the people by the people.”

Looking for high resolution images? You can download them here!